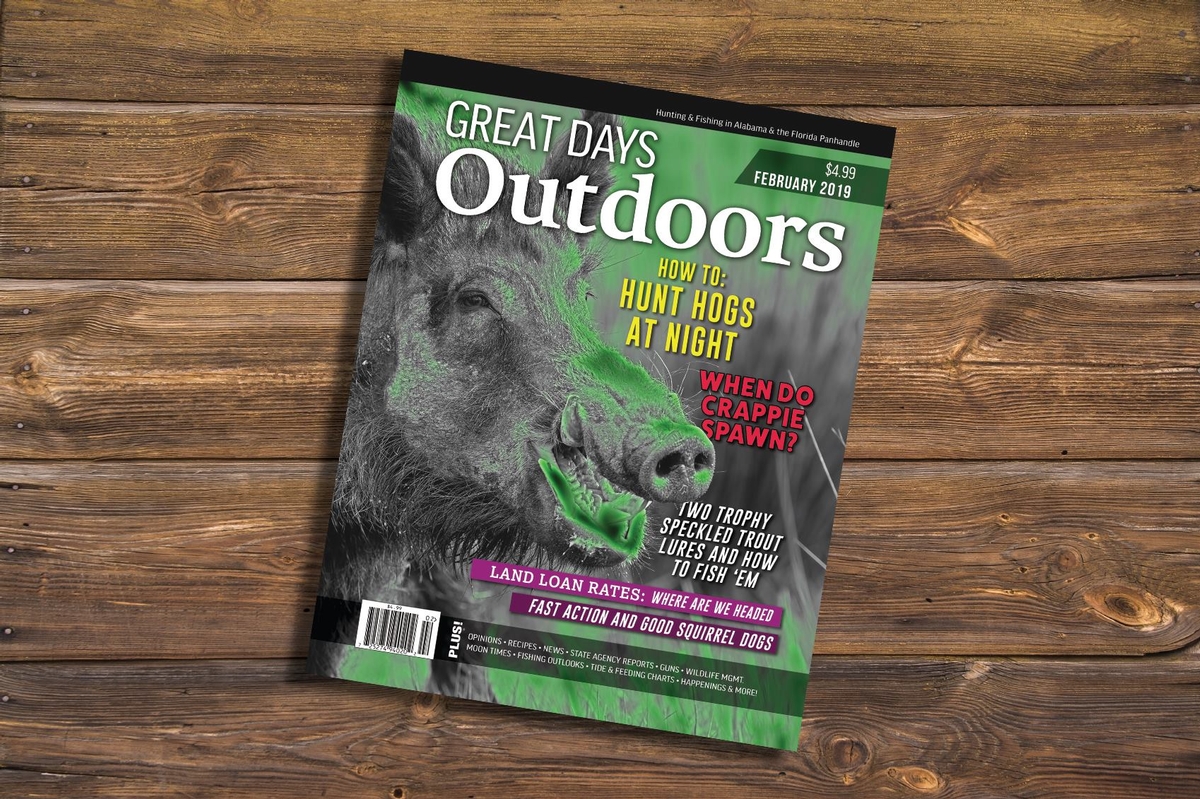 A favorite time among crappie experts is commonly referred to as the pre-spawn. The fish leave their winter haunts and begin their move toward the shallow spawning areas, presenting the opportunity en route to catch the trophy females, egg- and forage-filled to their fullest. 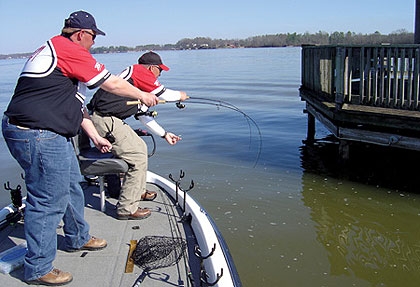 Darrell Baker and fishing partner Kelly Matthews prepare to send a couple of jigs shooting up under a Weiss Lake dock. Photo by Greg McCain.

Crappie fishing at Weiss Lake conjures up many stereotypes of the sport. The healthy population of slabs on this northeast Alabama reservoir fall victim to the various methods of trolling and casting and the live-bait applications most often associated with the action. However, a growing number of anglers on this 30,000-acre Coosa River impoundment are practicing a slightly different approach to crappie fishing: shooting docks. 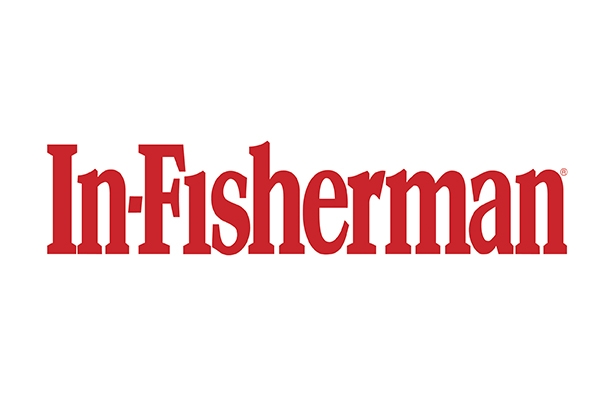 A "slab" crappie has different connotations in various parts of the country. Anglers in some regions classify a 13-incher as a slab, while others use the term for fish surpassing 15 inches. South of the Mason-Dixon line, where the waters are fertile and the growing season is longer, 2-pound southern crappies take slab honors. 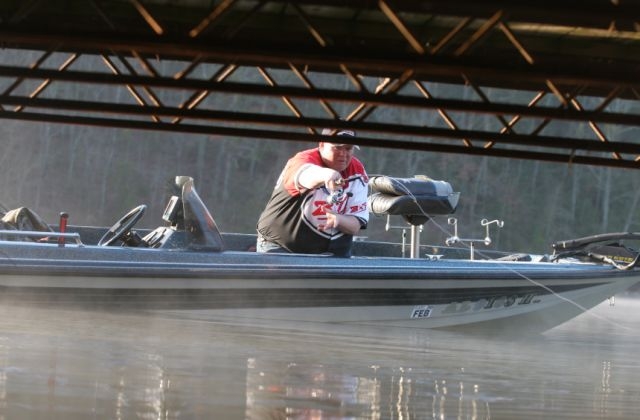 Shooting jigs under docks can put your lure in places other anglers can’t reach, and that’s where more crappie can be found. Practice makes perfect.

It’s crappie season, and the good lakes are crowded. It seems like every beaver hut, laydown and dock has a boat sitting on it. All those spots hold crappie this time of year, but the easy crappie, the ones on the outside edges of the obvious cover, tend to get picked off in a hurry. That’s why Darrell Baker, a crappie guide on Alabama’s Weiss Lake, prefers to fish far up under docks and other low-hanging cover by shooting a lure under that cover. He can put a jig in places other anglers can’t, and he can catch crappie that haven’t seen a hook all season. Dock shooting can be a tricky technique to master, but once you get the hang of it, you can put more and bigger fish in your cooler.

Gone are the days when crappie fishermen stowed their gear after the fish left shallow water in the spring. More and more anglers each year learn techniques that extend the crappie catching window into the postspawn and even beyond. Yet at least a few fair-weather fishermen who only target crappie for a short period in the spring remain, and they are missing out.

Darrell (right) nets a quality Lake Weiss crappie for Carlton Teague. Longline trolling will be an effective way to put Weiss slabs in the boat this month.

The reputation of Lake Weiss as one of the country’s most consistent crappie producers is well deserved. Slab after slab, year after year, the 30,000-acre lake in northwest Georgia and northeast Alabama at the head of the Coosa River chain reinforces its reputation and its nickname of Crappie Capital of the World.

April is perhaps the month that reputation best manifests itself. The month is replete with possibilities for crappie diehards and novices alike. Veteran Weiss guide Darrell Baker calls April “a transition month,” meaning that the crappie population can be found at all stages of the spawn. The early spawners have already done their thing, a large segment of the population will spawn at some point during the month, and plenty of postspawn crappie will be holding around docks and shallow-water feeding flats.